Angela is a multi-disciplinary artist, activist and somatic dance practitioner. I am interested in how my inherently choreographic practice manifests into performance installation, poetry, movement,  drawing, walking, spoken word and video. My work is about embodied processes and the body.

Angela makes work through a process of investigations using improvised movement scores arising from site specific spaces; she then translates these responses into installations and performances, often with a live audience.

From 2003 her  work has investigated the different body systems through the experiential training of Body-Mind Centering or ’BMC’ in the USA and Germany, made possible through two grant awards in 2003 and 2005 for Professional Development, from Arts Council England.   Angela has completed the following BMC courses: The Nervous System, Basic Neurological Patterns ,The Reflexes, The Muscle System, Senses and Perception, Ontogenetic Development,  Skeleton System and The Organ System.

Angela received a Rebecca Skelton award in 2013 to work with Professor Jane Bacon at the University of Chichester to work on a PhD proposal regarding the occupation of rural space and feminist theory of embodiment .  Angela taught Contact Improvisation and Release from 1987-1993 and has developed a substantial practice as a somatic movement and dance practitioner, which now runs alongside and is fully integrated into her practice as a visual and performance artist.

She is a regular visiting lecturer for University of Sunderland with regard to the work of choreographers Pina Bausch and Rosemary Butcher.  From 2008-10 she taught the modules 'Fundamental Movement' and' Improvisation and the Body', at Northumbria University on the Choreography degree.

Since 1986 Angela has made over twenty five pieces of performance and dance theatre, she has presented two solo exhibitions of paintings.  She is a freelance artist for the BALTIC Centre for Contemporary Art, works part time as a Creative Broker for Arts and Dance Connect and has 29 years experience of working with the arts as a facilitator, socially engaged artist and lecturer in Education and Higher Education as well as with women's groups and many diverse communities.


Angela took time out of her career from 1990 to 2010, to bring up her two sons alongside her partner, as well as recover from a serious knee injury.


Member of the following Collectives, Organisations and Trade Unions: 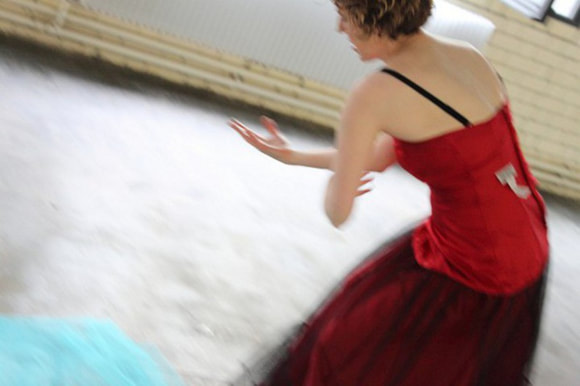